FACTS ABOUT BICYCLING AS A VIABLE COMMUTE OPTION 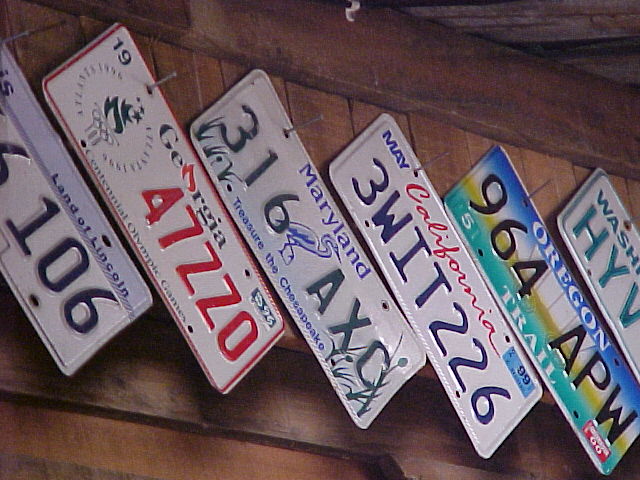 Our plate collecton from findings on the road!

According to recent edition of "Bicycling", some 54% of Americans live less than 5 miles from their jobs.

1.67% is the percentage of Americans who commute by bicycle.

15% is the percentage of Japanese who commute by bicycle.

Approximately 12 bicycles can be parked in the space required for one automobile.

$24.3 billion is the estimated annual cost of traffic jams to commuters in 29 major U.S. cities.

There are approximately 139 million automobiles in the United States.

100 bicycles can be produced for the same energy and resources it takes to build one medium-sized automobile.

The average cost of a new bicycle bought in the United States if $385.00.

The average number of barrels of oil consumed daily in the United States is 17 million.

43% of these barrels of oil are consumed by driving.

Industrial world cities typically use at least one third of their land for roads and parking lots for vehicles.

Commuting by bicycle is pollution-free.

On average the commute to work accounts for only one out of five auto trips taken daily by automobile drivers.

Here's a comparison on "true cost savings" for vehicle trips as compared to a bike trip:

You can buy Ivory soap at Safeway for 35 cents per bar and add in 7 cents for gas, or you can ride your bike to the corner 7-11 and pay 41 cents; saving a penny and getting your exercise for the day at the same time.

The number of bicycle commuters doubled between 1983 and 1990, according to "The Bicycle Institute of America" (BIA).