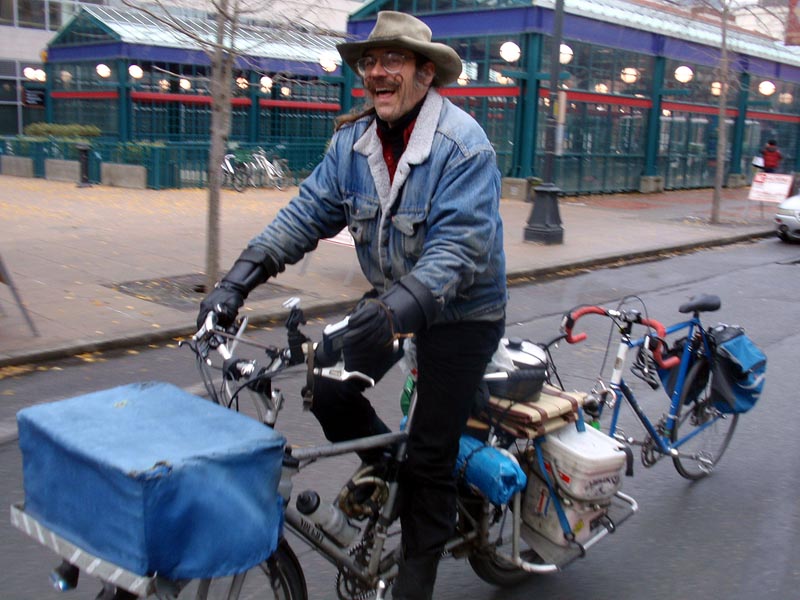 Later that evening from 7 to 10 PM there will be a Wake at Pike Brewery in the Upper Museum area.

Val used to eat his potato salad with a cone wrench from the workbench.
Park Tool has donated some cone wrenches to us to hand out at the wake. We will have some potato salad on hand to have fun honoring him! 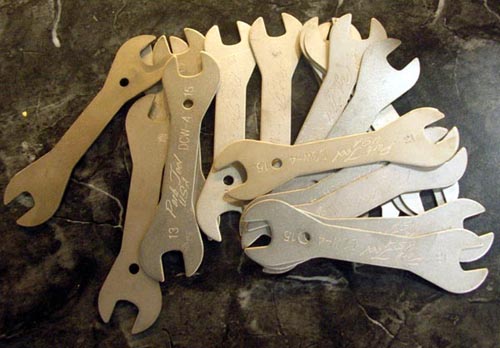 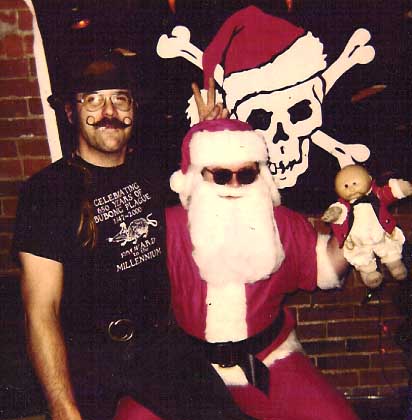 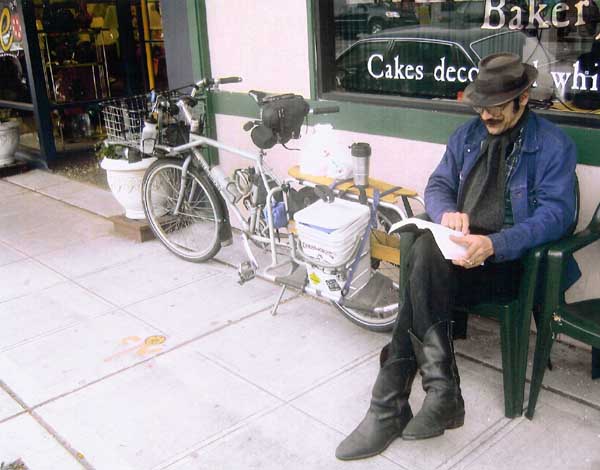 Abandoned at an early age in outer Mongolia, Val was raised by a band of feral dogs. Later in life he became fascinated by the labyrinths below Constantinople, and attempted to circumnavigate the globe on pogo stick. His dream of becoming a truffle sniffer was destroyed by a cocoa butter allergy acquired during a race to the North Pole under the ice cap, and he turned instead to bicycle repair. He has been known to subsist on peanut butter, coffee beans, and honey, and his mother wears combat boots.

When Val was diagnosed with cancer, we held a raffle to help him pay the medical bills.

Below is a card Val's mother sent to the shop after he passed away. Very touching. 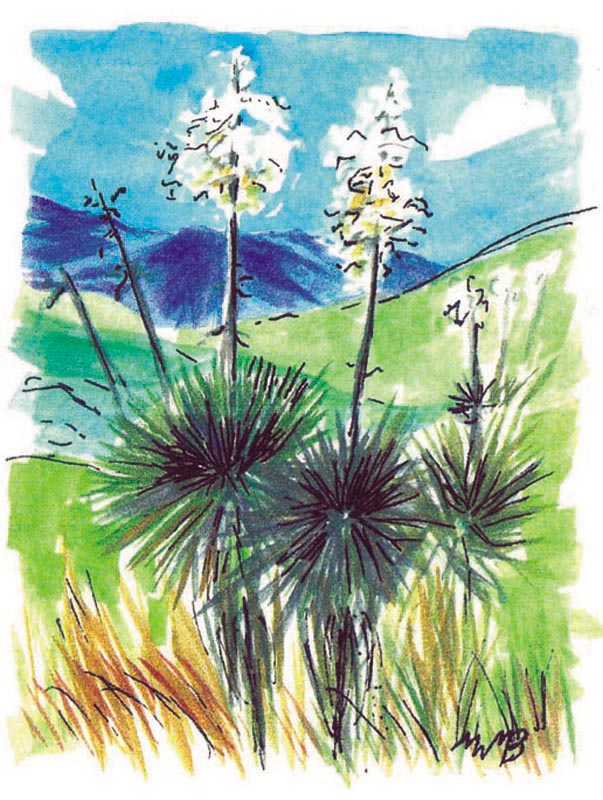 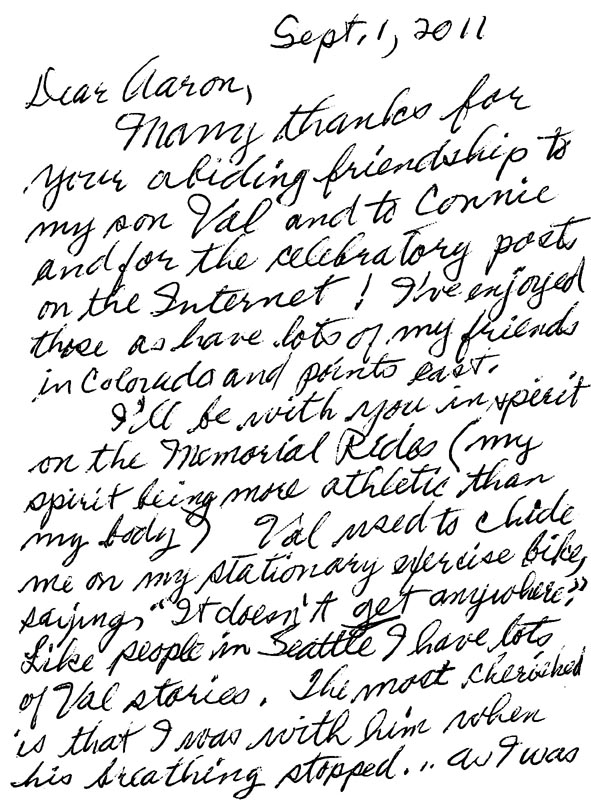 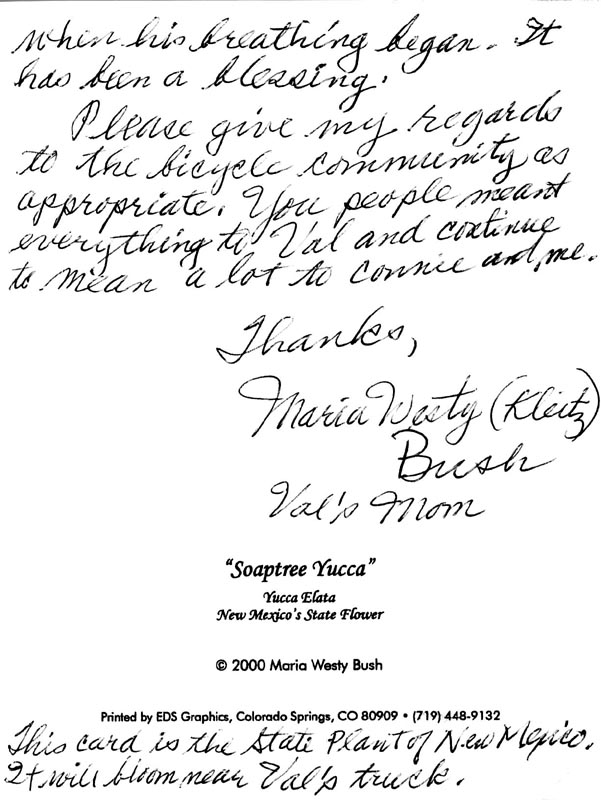